This week’s Princh Library Blog post was written by recurring guest writer Edgardo Civallero. The post elaborates on the nature of the people’s libraries, also known as popular libraries, in Latin America, and the different initiatives these libraries are taking for their communities.

In Latin America, a “popular” library would be —sticking to the definition of this adjective provided by the Royal Spanish Academy of the Language— a unit of information “belonging to or relating to the people”. Or, perhaps using other meanings provided by the same dictionary, it would be a library “belonging to or related to the less favored part of society” or “that is available to people with fewer economic resources or less cultural development”.

Whether or not it has something to do with such definitions, in Abya Yala a “popular library” is one that has been created at the initiative of the people and that, generally, works in an autonomous and autarkic way, without support or official guidelines of any kind.

This definition runs into a notable exception: the popular libraries of Argentina, created by community initiative but legally recognized (Act 419 / 1870 and Act 23351 / 1986) and supported by a National Commission (CONABIP) which, if a handful of basic conditions are met, provides certain services (legal support, professional training) and some minimal resources, so that all the units that make up its network can keep their collection updated. There are, obviously, Argentinean popular libraries that are not (nor seek to be) recognized by CONABIP and that assume other forms of action (and, sometimes, other labels, such as “community” or “rural”). A good example is the “Luna Abierta” Popular Library, a multifaceted space carrying out a good number of activities that has been operating since 2007 in Barrio Güemes, in the city of Córdoba, as part of the civil association Teatro La Luna, a group that has been working since 1986.

Although they exist throughout the entirety of Latin America, very clear examples of how a truly “popular” library works can be found in Chile. There, these types of initiatives are more striking because they coexist with a powerful National System of Public Libraries (SNBP), a network that works in agreement with the DIBAM (Directorate of Libraries, Archives and Museums). A national system that, as the mere existence of popular libraries reveals, does not cover all the corners of the Chilean geography nor all the needs of the potential users of a library service.

In the capital, Santiago, there are various projects —including some traveling libraries— that try to bring the pleasure of books and reading to every neighborhood or, at least, to take it out onto the streets; something that many “conventional” libraries don’t even contemplate doing. In 2012, Francisco Infante showed a minimal fraction of the work carried out by such initiatives in a documentary titled precisely “Bibliotecas populares”. Despite its brevity, the film perfectly illustrates the diversity of proposals and, above all, the challenges and difficulties faced by those who decide to organize and carry out one of these library activities. Who, by the way, are not usually librarians.

Other equally interesting popular proposals are being developed in the rest of the Andean country. It is worth highlighting one that has been developed for the longest time, and which is based on the port city of Valparaíso: the “Red de Bibliotecas Populares de Gran Valparaíso” (Network of Popular Libraries of Greater Valparaíso, RBPGV), which extends through the neighborhoods located in the more than forty hills that make up the most outstanding geographical feature of that city.

Currently, the RBPGV groups together a dozen libraries, which carry out their activities in areas where, otherwise, it would be difficult for library services of any kind to reach. One of them is the “Ernesto Guevara de la Serna” library, built with the collaboration of the people in the neighborhood Población La Victoria, a “toma” (land taken / appropriated by the community) located right at the entrance of the famous Viña del Mar, a seaside resort close to Valparaiso. It can be said that the library was literally kneaded and built by the hands of the community itself. 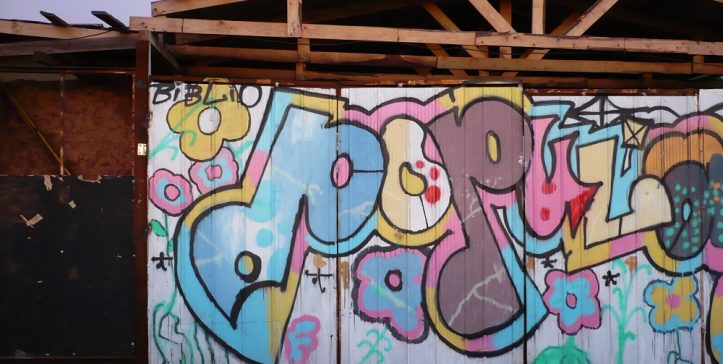 On occasions, popular libraries seek to respond to the specific need of a community to have a space where books can be read and the approach to different cultural expressions, both local and global, can be developed. In others, they are chosen by socio-political movements and cultural activist groups as tools to facilitate and provoke a change in their society or, at least, in that part of the social fabric that they may affect.

Be that as it may, both uses make clear, on the one hand, the transforming power that libraries may have (“libraries” understood as spaces where people come into contact with knowledge). In this regard, a library can be —and in fact, it has been and continues to be— an excellent instrument of struggle to achieve more just and egalitarian societies. And, on the other, the need for free and creative library spaces that shed the rules and labels that constrain them and seek, rather than conform to “library” standards, to respond to their users’ real needs and expectations.

Which is, in short, what every library should consider as its main mission: to be of the people, for the people and by the people. That is, “popular”.

Jailed for loving books too much

What is a librarian’s worst nightmare? No, it is not the loud patrons, not the damaged books, and not even the romantic [...]

What are some of the key technology trends librarians should consider implementing in their libraries? Guest writer Robin Jeanne discusses her thoughts on [...]