There are many things happening in the library world, but we’ve got the scoop on the latest trend in libraries: eliminating fines.

In a previous post, we’ve already discussed the most important reasons why removing fines could be the next breakthrough for your library but now it’s time to learn more about the ways libraries can remove their fines without compromising their overall budget. To do this, we’ve had a chat with Meg DePriest and Beth Crist.

Meg DePriest is a writer, researcher, and state library consultant. She served as a grant coordinator for CSL’s SPELL project, which enabled eight public libraries throughout the state to develop innovative early literacy programs; and she wrote the white paper for CSL advocating for the elimination of fines and fees on children’s materials. Currently, she is a consultant with the California State Library working on the Public Library Survey and state literacy statistics.

Beth Crist has been the Youth & Family Services Consultant at the Colorado State Library (CSL) for seven years, coordinates statewide literacy initiatives, initiates and fosters a wide variety of partnerships, and provides training across the state. She has a strong passion for eliminating barriers to library service and making reading fun for children.

Check out their thoughts below!

After learning that low-income parents were not checking out books for their children because they feared the financial consequences, we began to focus on encouraging public libraries to remove fines and fees on children’s materials.  We knew that changing a long-standing policy requires a compelling argument, which in turn requires data to support the change and stories illustrating the impact of the policy.

We collected that data, produced a white paper advocating for the elimination of fines and fees on children’s materials, and currently write and present on this topic whenever we are asked.  We are thrilled to be a part of this movement in public libraries and currently keep a Google doc of libraries that have made the change; it grows weekly.

Would you consider removing fines at your library?
Create Online Quizzes

2. A lot of librarians fear that if there’s no fine, the users won’t return the book(s). Are there any data that show that removing fines is beneficial for the library in the long run?

It is a commonly-held belief that charging late fines serves to compel borrowers to return their materials promptly; conversely, the assumption exists that if there is no punishment for late returns, borrowers won’t return their materials on time (or at all). Our review of research, along with recent circulation statistics from libraries that have eliminated late fines, invalidate this myth.

Researchers surveyed North Carolina libraries and found no significant difference in return rates between libraries that charge late fines and those that did not. They also reported that the only fines that were effective in getting materials back to the library sooner were steep ones, not the nickels, dimes, and quarters most libraries charge per day.

#Libraries that have ditched late fines supply us with even more compelling data; their circulation has increased. Click To Tweet

Libraries that have ditched late fines supply us with even more compelling data; their circulation has increased.  Salt Lake City Library (UT) saw check-outs increase over 10%, and their number of borrowers also increased over 10%.  San Rafael Public Library (CA) reported an increase in circulation of their children’s materials and a 40% increase in youth borrowers after dropping late fines for children’s materials. Both libraries reported hold times (a good measure of late returns) were virtually unchanged.  They removed an ineffective policy, their circulation increased, and they had more borrowers discovering the library.

3. What is the first step a library has to take in their path to removing late fines or fees? How can they decide what fines or fees they want to remove without affecting their overall budget?

First, talk with your community–including those members who don’t use the library. Ask people from a range of demographic groups what impact fines and fees pose for them to use the library, and how removing them would affect their library usage.

Next, collect annual information from your library’s ILS on how much of the library’s budget comes from overdue fines, and how much from fees for late/damaged material (keep these figures separate). Overdue fines typically amount to only about 1% of a library’s budget. For fees for lost/damaged items, use your ILS to figure out how many items were lost in the last year, what the replacement costs were, and how much came in through relevant fees.

For overdue fines, the costs to collect those dimes and quarters often equals--or even exceeds--the amount the library brings in. Click To Tweet

Armed with this knowledge of your specific library data, you can then make an informed decision on where to start.

4. If a library could remove a fine tomorrow, what would it be?

We began this quest as part of our work on early literacy in public libraries, and first and foremost, we advocate for the elimination of late fines on all children’s materials. Young people in low-income households are especially impacted by fines and fees, and providing access to all users is part of every library’s mission. Most late books will make their way back to the library eventually, as we’ve discussed already, and we want to encourage parents to take home stacks of board and picture books for their children.

We also encourage libraries to reconsider fees for lost or damaged board and picture books. Babies and toddlers learn to love books by manipulating them; they touch and examine them, they chew them, they drag them around, and take them to bed. And sometimes, they land in the bathtub!  A small rate of loss and damage is the cost of doing business in early literacy librarianship, and it is a small price to pay for providing a literacy-rich environment in the homes of all children.

A small rate of loss and damage is the cost of doing business in early literacy #librarianship, and it is a small price to pay for providing a literacy-rich environment in the homes of all children. Click To Tweet

If a library’s administration is amenable to removing fines and fees on children’s materials, we encourage it to take the next logical step and eliminate late fines on all materials. The policy isn’t effective in getting books back any faster, can often cost more money than it brings in, and it alienates community members, especially those who face economic hardships. 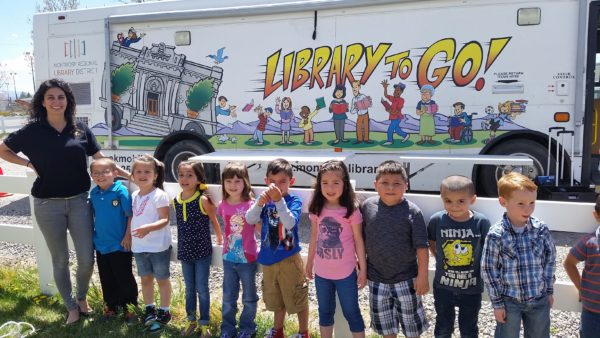 5. Finally, how can a library convince their board members or city council that the idea of removing fines is worth pursuing?

When advocating for policy change, come to the table prepared, and keep in mind that some people may be more convinced by compelling stories and others by facts and figures.

Start with the why: the impact that fines and fees have on your community. The data in the white paper are a good starting place. Then, gather compelling stories from patrons from diverse demographic groups about the impact that fines and fees have had on them. Bring patrons who want to see this change happen with you to board meetings and let them represent the community you serve in person.

Gather compelling stories from patrons from diverse demographic groups about the impact that fines and fees have had on them. Bring patrons with you to board meetings and let them represent the community you serve in person. Click To Tweet

Next move onto the stats: come prepared with data to overturn the assumptions that fines are a big income generator for the library, and that fines effectively get materials back to the library faster. Find data in the white paper and at your own library from the last one to three years to prove both assumptions false (see questions 2 and 3 for more info). If you’re seeking to eliminate fees for some or all lost/damaged items, include data from question 3 above on that specific topic.

Compile both stories and statistics into a concise, compelling package to present to your board or city council. Include a specific recommendation with a start date and expected outcomes. And, when your efforts are successful, share them widely with other libraries in your community; help them to reach more members of their communities by ditching fines.

Would you consider removing fines at your library?

Curious what the others voted? The results will be shared next week on our blog, so stay tuned! Subscribe to our blog to receive the results directly in your e-mail box or find us on social media via Facebook or Twitter .

Did you enjoy reading Meg and Beth’s insights? Follow us on Twitter and let us continue the discussion about late fees.

In case you want to have a chat with Meg and Beth you can get in touch with Meg by e-mail here and with Beth here. We will be back next week with another interesting article from the library world!