Connect.  Innovate.  Advocate.  These are the three words we chose that sum up our ambitions for the newly launched Public Libraries 2030 partnership.

Some Princh readers might be familiar with Public Libraries 2020, a programme funded by the Bill and Melinda Gates Foundation which began in 2014 and aimed to put public libraries on the EU agenda and raise awareness of the important role they play in life-long learning and literacy.

Public #libraries are key to democratic development, learning and literacy. They empower diverse populations and provide spaces and access to knowledge to support people’s own development. Click To Tweet

Building on the network of pioneering library leaders and European policy-makers which came together under PL2020, PL2030 will give libraries across Europe an extra edge through the curation of innovative projects and effective advocacy.

“Public libraries are key to democratic development, learning and literacy. They empower diverse populations and provide spaces and access to knowledge to support people’s own development. Public Libraries 2030 will be a strong voice of advocacy for libraries to demonstrate their essential role, creating and supporting communities.”

– Chair of the Board, Marie Østergård

Building on the achievements of the past five years means we can hit the ground running. We have an amazing group of founding members from some of the most innovative libraries in Europe.

This continuity is even more important given that the European elections are coming in May and we are official partners to the European Parliament. This year’s elections are critical with huge issues at stake for the future of Europe, such as the rise of populism and fake news, the erosion of democracy and, of course, Brexit. 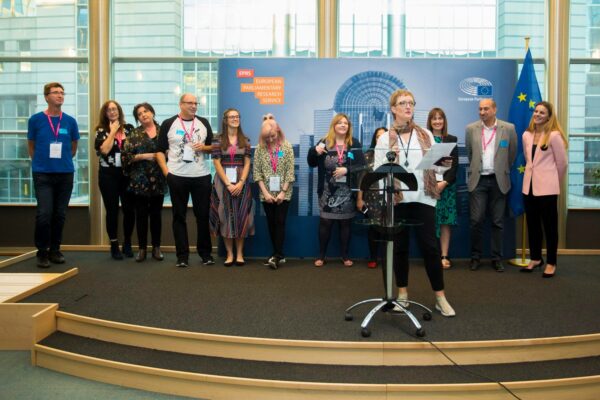 Partnership with IFLA and EBLIDA

Public Libraries 2030, in partnership with IFLA and EBLIDA, will develop a range of tools and opportunities for libraries to explore these important issues at the heart of our European democracies.

This is the first initiative for Public Libraries 2030 and shows how the new organisation can help to create vital new projects and community services to tackle the global issues facing EU citizens. We’ll be sharing more as we get closer to the elections (23-26 May 2019), but there are already a whole bunch of resources available from the This Time I’m Voting campaign.

Public #Libraries 2030, in partnership with IFLA and EBLIDA, will develop a range of tools and opportunities for libraries to explore these important issues at the heart of our #European democracies. Click To Tweet

The elections also mean a brand new group of MEP Library Lovers – since European elections tend to see a turnover of up to half current Members of European Parliament, our priority will be to recruit new faces to the MEP Library Lovers group, consolidating a group of library champions in key positions of policy making.

In October, we’ll be re-launching our unique annual flagship event, Generation Code: Born at the Library, which is held during EU Code Week at the heart of the European Parliament.  As in previous editions, the exhibition will showcase the best digital projects from public libraries across Europe and offer a forum for library staff to meet with Members of European Parliament.  This year we are aiming to beat our record of 70 library representatives at 150 MEPs!

We all know that #libraries provide spaces that can help solve the crucial issues facing #EU #citizens. Click To Tweet

We all know that libraries provide spaces that can help solve the crucial issues facing EU citizens. With the continued support of library leaders in Europe (and across the globe!), Public Libraries 2030 will create connections that deliver innovative new projects and demonstrate to decision makers the many ways in which libraries improve lives and communities. 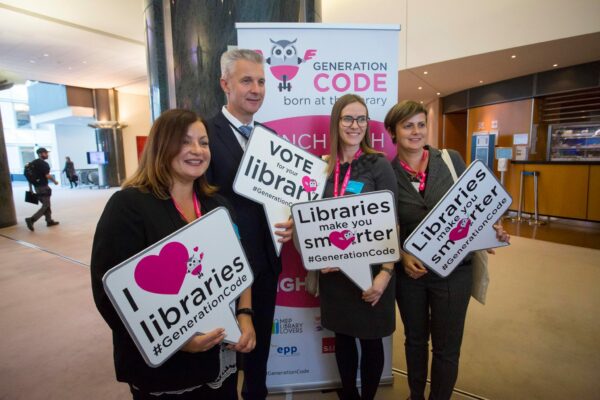