Each month, Princh shares a post featuring an interesting project from the library world. Want to be the next Library Project of the Month? Get in touch with us here!

This month, we present Naple Sister Libraries, a cooperation program that enables public libraries in the countries of the European Union to get in touch to project joint activities. We have talked with Diego Gracia, representative of NAPLE Sister Libraries who tells us more about the project.

What is the ‘Sister Libraries’ program?

My organization, the Spanish Subdirectorate for Library Coordination at the Ministry of Education, Culture and Sports, has been a very active member of the NAPLE Forum since its creation in 2003. Sister Libraries is a proposal we made in 2011.

We wanted to create a network of public libraries that interact between themselves to develop cooperative projects. We studied what was being done in this respect and saw IFLA and ALA had their own sister libraries projects but they were international projects and we thought we could try the same at a European level.

To this day, there are 95 libraries from 14 different countries that have accomplished 37 sisterships.

Create a network of #libraries that interact between themselves to develop cooperative projects. @NAPLESisLib Click To Tweet

How is it organized?

– Advertise the program in their countries.

– Intermediate between libraries and the Secretariat of the Program.

– Send relevant information about public libraries in their country by updating Twitter and blog posts.

As coordinators, we maintain the technologic infrastructure, a blog and a Twitter account, through which we put in contact libraries and advertise the activities they develop. We also design campaigns (like the summer campaign or the celebration of the NSL Day) where we contact the national representatives and certain libraries to encourage them to send information or participate more actively, help libraries to find a partner, etc. 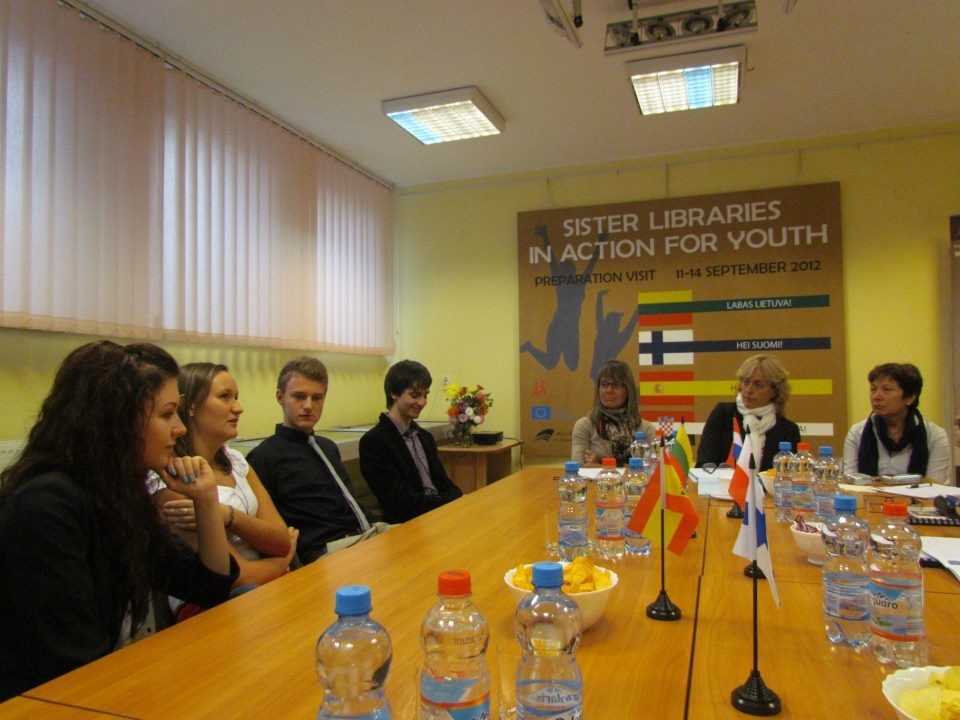 The library that wants to join the program has to send in a form, either directly or through their national representative, which can be found on the blog. In this form, they are required to give details about their library such as population served, activities they have developed, languages spoken by the staff, etc. This will help other libraries have enough elements to help them decide if this is the library they are looking for to start a partnership.

Once we have received the form, we then send them an informative email explaining in detail how to participate and inviting them to subscribe to the blog and follow us on Twitter.

Once they’re registered in the program, they look into the other libraries until they find one or more that fit their profile for a partnership. We suggest that they sign an agreement and they can find different templates in our blog. They are not legally binding but it is an acknowledgment of the agreement and it helps them to define the purposes of the partnership, describe lines of cooperation they might have discussed before, and so on.

The libraries will then design their activities freely and can find inspiration in our blog. There is a tab called suggested activities where they can get inspired by the activities of other libraries. We encourage them to send us information about the projects they develop with their partners because the spirit of the program is to share information, experiences and good practice.

Sister Libraries is kept alive thanks to the efforts of the librarians participating. Most of the activities are developed thanks to the selfless effort of the library staff and sometimes with the help of library users. They have sometimes found financing from the European Union.

There’s a wide range of activities they’ve developed since we opened the program such as; interest point with books in the language of your partner library, Skype sessions between kids from both libraries, joint exhibitions of local artists, and so on.

I’d like to highlight some examples that show the potential of this program for libraries:

A poster for IFLA Conference at Lyon 2014.

LinkINjob project: a project designed for patrons job seeking from the library, financed by an Erasmus+ grant (2014-2016). Two sister libraries plus five more European libraries have published guidelines that explain how to introduce this service in your library.

My personal favourite activity is when librarians from a public library visit the library they have partnered with. We have some examples of this and it’s nice to see how people that have been in a straight collaboration for years finally get to meet each other in person. Sometimes they even take the opportunity to celebrate with a one-day conference, showing the different realities in their countries, and of course what’s common. This happened in Spain with a Spanish library welcoming a visit from their Finnish partners.