This week’s Princh Library Blog post was written by recurring guest writer Edgardo Civallero. This post explores the importance of codes, specially that of language. Edgardo discusses how there are efforts to preserve and educate on endangered languages.

The intangible heritage of a society, that collective memory that survives the passage of time and is transmitted from generation to generation, could not exist were it not for the “codes” that, like fine threads, help to weave it and keep it solid enough to travel from mouth to mouth and from hand to hand.

Of all such “codes”, the most important is language: the one in which the word, both spoken and written, is expressed. There are others: gestural codes, musical codes, visual codes… However, the richest and most widely used globally, throughout the history of the human species, is linguistic.

As the many international declarations that deal with the subject point out, languages ​​are essential elements when transmitting the culture and the identity of a society, along with all its remembrances and ideas. The disappearance of the former implies the impoverishment or the loss —generally irreversible— of all the latter. Hence the urgency and insistence with which certain international organizations raise the alarm in relation to endangered languages, while pointing out the need to implement research, recovery, strengthening and dissemination programs.

And yet, the rate of disappearance of words, phrases and sounds on a global level does not decrease; at least, if one pays attention to authorized sources such as UNESCO’s Atlas of the World’s Languages ​​in Danger. In Latin America alone there are more than 650 indigenous languages ​​cataloged as “vulnerable” or “endangered.”

One of the first steps in recovering a vulnerable or threatened language is to document it. Although such a step must be accompanied by other actions —e.g. to reduce or eliminate the pressure it suffers, to support its speakers, to enable means and spaces for expression—, documentation is essential: it works as a kind of security file, and as a very useful element when building foundations.

Before the digital revolution —the one that brought the internet and numerous tools to our daily lives—, linguistic documentation used to move almost exclusively inside scholarly circles. They were materials and processes managed by linguists, anthropologists, ethnologists, historians or sociologists, and in very few cases did they reach the general public. In this way, anyone interested in studying an indigenous language in Latin America used to face incomplete informative texts of the most important (Quechua, Guaraní, Nahuatl) or dense and arid treatises, grammars and lexicographic analyzes, produced by and for specialists. The Internet and the new ICTs changed the distribution of these materials —many university libraries, national organizations and research institutes have digitized their collections and put them online— and even their format and form of production, which no longer remains in the hands of specialists: the speakers themselves have been assuming the research, collection and defense of their own languages. 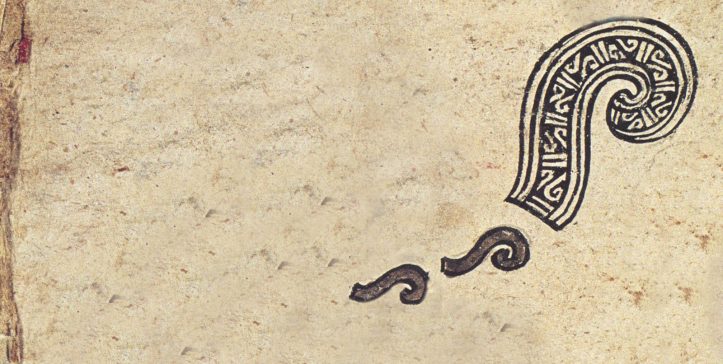 The Internet brought much more than channels and platforms: it brought with it a culture. The communities that have flourished within it have developed and / or recovered a series of very interesting values, such as cooperativism and collaboration, open access and open source, plurality of perspectives and approaches, multidisciplinarity, and many more. The combination of such values ​​with academic work has given rise to a series of even more interesting disciplinary movements, among which are those that today are known as “digital humanities”: the use of new tools, techniques, communities, ideas, goals and approaches to work within the framework of the social and human sciences.

An example of how a “community of interest” can use the available spaces and devices to achieve a specific objective in an open and collaborative way in the field of threatened languages ​​is the Curt Nimuendajú Digital Library, working with South American indigenous languages ​​and cultures. It is a Brazilian project in which professional and amateur (ethno)linguists from all over the continent converge to provide bibliography that allows the creation of an open collection of documents related to indigenous languages, whether endangered or not. In this library, a conscientiously organized virtual repository, digital versions of the first grammars and vocabularies of the Jesuit and Franciscan missionaries coexist with the most modern articles on phonology and syntax of Amazonian languages published in specialized magazines. It also includes other documents that may contribute some useful element of debate, research or learning: out-of-print editions, lectures, theses, websites, newspapers, etc.

Although the work of this platform is aimed, above all, at an academic community that can make use of a certain type of material, it also allows access to informative texts that may be useful to a non-specialized public. Be that as it may, it is a free and open window to knowledge that, otherwise, would be confined to the shelves of some archive or library.

A similar project, but with more open goals, is the Rising Voices initiative, belonging to the multilingual platform Global Voices, an international network of citizen media active since 2005. Rising Voices seeks to connect digital activists and support their ideas: one of them is the preservation of Latin American native languages.

Within the framework of this initiative is the Indigenous Languages ​​project, a network of Latin American digital workers that encompasses an emerging movement of activists promoting the use of indigenous languages ​​on the web, through tweets, Wikipedia articles, podcasts, etc. Rising Voices has facilitated the creation of a community that brings together several of these activists for the exchange of experiences —how they faced a certain problem, how a certain platform or tools allowed them to solve it— and the teaching and learning of new strategies. One of the most interesting results are the spoken dictionaries (in Embera Chamí, Wayuunaiki, Tz’utujil, Uitoto, Yanesha…), elaborated with the collaboration of the Living Tongues Institute for Endangered Languages ​​within the Talking Dictionaries project.

A plan to preserve

Either through digitized documents organized in virtual libraries, through video files or audio tracks, or through a wise and balanced combination of all of them, the multidisciplinary communities concerned with the progressive disappearance of the native languages ​​of Abya Yala are working on their recovery, visibility and dissemination — so the memories of the continent can continue to be woven.