Libraries protect an immeasurable amount of knowledge, stories and memories from the past, utilizing various tools. However, that is by far not the only way for words to survive. In this week’s Princh Library Blog post, recurring guest writer Edgardo Civallero shares the many ways in which words take shelter and survive across Latin America. 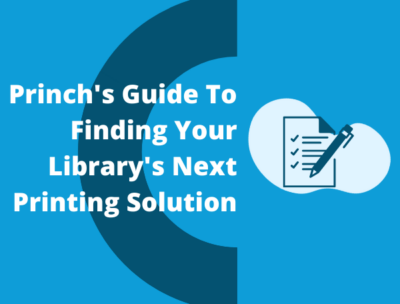 Are you looking for a new printing solution for your library? Then check out our free guide to see the top 5 aspects to consider when choosing your new solution! This guide comes with a fillable solution comparison table, to further ease your research. Access our guide HERE.

The shelter of words

Through the six horizons of Abya Yala –the indigenous name for Latin America–, words have found countless spaces where they can take shelter. Not only in libraries and documentation centers, nor in “houses of knowledge”, reading corners, cultural centers and other popular (and self-managed) places.

In fact, Latin America’s most essential “library collections” are not shelved, or stored in digital databases. They are still found –although perhaps not for long– in the memories of narrators, wise men, old women, storytellers, priests, potters, cooks, weavers… These (greatly unknown) collections jump from mouth to ear and go from hand to hand, navigating the intricate and little-mapped geographies of orality. Sometimes, some fragments go to print, or to an audiovisual file. But, in general, all this knowledge –and the linguistic forms that encode it and through which it is expressed in an inimitable way– remain in the unstable and variable intangibility of the spoken word.

The most unique “library collections”

Artisans, who continue to carry out trades as old as society itself, preserve handbooks, guidelines, specifications and methods of their work, along with the treatment of the materials they use, the local peculiarities of each technique and each element. They preserve all this in their memories, mouths and in their hands. Builders of flutes and basket makers, creators of masks and dresses, goldsmiths and carvers, all of them and many others keep, preserve, enrich and transmit their personal “library collections” through speech and memory.

The narrators do the same with the stories of their peoples, especially with stories about creation: the ones telling how rivers, mountains and lakes appeared; those speaking of the floods and fires that destroyed the primal races; those recalling the origin of plants and animals, of feathers and furs, of howls and hisses; those celebrating the exploits of ancient heroes and repeating –so that they are never forgotten– the vileness of evil spirits. But also those that collect the many steps that societies have taken throughout the pages of History: narratives of invasions, wars, famines, migrations, abuses, losses, colonization…

The same thing is done by those who remember genealogies: the bloodlines that link one generation to the next, a clan with its neighbor, a distant ancestor with all her many descendants. And by those who know the herbs that can heal or kill, and the insects that can be eaten, or the fruits that cannot. And by those who make the land and the women give birth. And by those who archive in their minds the detailed maps of coasts and mountains – those charts where traditional names are assigned to each corner, each rock and each hollow, each hunting trough and each clay deposit.

The very same thing is done by those who combine all of the above: true “bibliographers” who connect spaces and landscapes with the people who inhabited them and the stories –from mythical times, from current times– that they lived. Walking encyclopedias that unite all knowledge in a single thread.

All of them can collect, organize and transmit knowledge using the spoken word, and the gestures that always, unfailingly, accompany it. But also through many other sounds: song, music, or a heterogeneous mixture of story, song and melody. Or through other intangible means: dance, for example, or “dramatized” performances, or perhaps some children’s games…

Another series of “library collections” in Abya Yala consist of objects in which information has been encoded. Objects that have nothing to do with a “book” as such, at least morphologically, but that fulfill a similar function: that of preserving a series of data on them or inside them, and thus rescuing them from oblivion. They can be made of woven wool or vegetable fibers, in which stories from ancient times are knotted. They can be masks that contain, in their carvings and ornaments, a handful of beliefs and hopes. They can be ceramic pots whose more or less polished, more or less decorated surfaces reflect the schematic representations of the universe. Or they can be tangible elements that have a fleeting duration: a face painting, an arrangement in the hair, a set of threads, or even a drawing in the sand.

And, finally, there are the books: from the Zapotec, Mixtec, Maya and Mexica codices to modern monographs, magazines or encyclopedias, whether on paper or digital. And, along with them, many other types of documents: the video and audio files that circulate through the network of networks, the photographs and slides, the large planispheres, the letters, the brochures and pamphlets…

The shelters of Abya Yala

In Abya Yala, sometimes words are nothing but air that moves; other times, they are tied to paper fibers, or represented on a piece of wood, or converted into binary codes in an optical memory. Be that as it may, all of them have found numerous corners where they may take shelter: libraries, “living books”, cultural centers, community houses, the list goes on. None of them should have greater value, nor more importance, nor a different status from that of the others, despite the many opinions (and many policies) that bet on modernity and abandon the previous ways of storing and transmitting knowledge. For all of them preserve small fragments of the identity, memory and culture of an entire continent.

Fragments that, like the tesserae of an immense mosaic, only allow us to appreciate the complete image when they are put together.