Printing Trends in Libraries – What’s Next?

Higher expectations from users are raising the bar for libraries. Offering books and basic services alone is no longer enough to make the library users happy. As they now seek new experiences and have a desire to spend quality time at the library, libraries will need to focus on the experiences and not only offer services.

And the printing experience should not be left behind, as it is one that also generates revenue for the library while attracting more users.

Which one is more important for you: the digital collection or the physical collection? See the results from our latest poll at the end of the page and let us know what you think. Click To Tweet

Printing has faced a lot of challenges in the past years given the digital transformation. In this blog post, we’ll present the ways the printing industry is fighting this and how libraries can take a benefit from it.

3D printing has become an attractive technology for libraries, especially now that 3D printers have reached a lower price point making it much easier for libraries to afford them. Ida A. Joiner highlights in her interview with Princh that “3D printing is one of the most popular emerging technologies that public libraries are utilizing today whether it is for printing jewelry, clothing, chess pieces for the library chess club, smartphone covers, or prosthetic limbs for humans and animals. “

Scandinavian Libraries are well known to be embracing the 3D printing trend. Since one of the goals of libraries is to educate their patrons about emerging technology and especially now that 35% of engineering job listings require applicants to be familiar with 3D printing (according to ultimaker.com), 3D printing has become an addition to almost every library makerspace and it is a fun and interactive way to create experiences for citizens and educate them at the same time.

Want to know how many libraries offer 3D Printing worldwide? According to this Google Map created by Amanda Goodman (mostly for the English-speaking countries such as the United States, Canada, UK etc.), there are at least 800 3D printers available for public access in libraries.

Although 3D printing is an emerging technology in libraries, it does not need to be a priority unless it is relevant for that library’s local community. As highlighted by Pamela Benjamin in a previous chat with Princh, “some places may have the right combination of demographics and interest so that the latest tech wonders are worth the investment” but others don’t.

Does your community need access to a 3D printer? 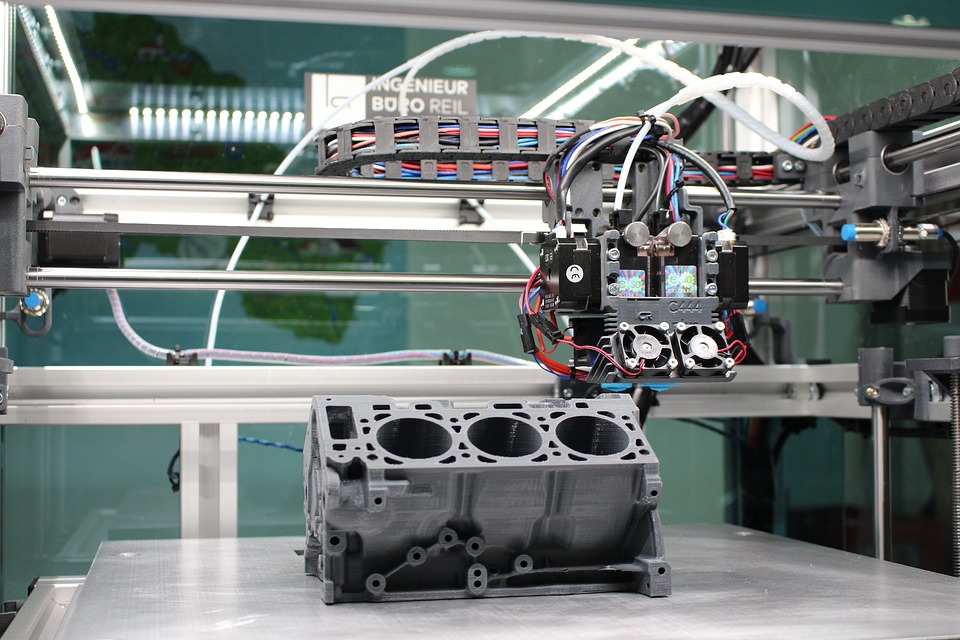 2. Photocopying – end of an era

The old-fashioned way of “2D printing” is a more accessible and a needed service in libraries but when analyzing photocopying separately, here one visible trend is the declining use of the function. A growing number of people expect scanning to eventually replace photocopying as the need for hard copies has reduced, with more and more people preferring to use the scanning function as a substitute for copying.

A growing number of people expect scanning to eventually replace photocopying as the need for hard copies has reduced. #libraries #librarylife Click To Tweet

Stephanie Walker, Dean of Libraries and Information Resources at the University of North Dakota, comments in an article for EdSurge that “copiers seem to be going the way of the dodo, slowly” as people prefer scanning. Jennifer Howard, the author of the article explains the dean’s statement by the fact that “the switch from copying to scanning makes sense in the hybrid digital/print environment we operate in now.”

There may be slight differences between the copying preferences in an academic library compared to the one in a public library but here, the same trend can be noticed. By analyzing the printing pattern in Scandinavian Libraries, we’ve observed that in 100 printed documents at a library, roughly 10 are actual “copies”.

The complexity in use of the photocopying machines adds up to this trend, as people often need help in using the machines – and both librarians and users have less time available on their ends. Thus, they prefer to turn to other options, more user-friendly and up to date.

There are still people who say that the photocopy function will never completely disappear as some user segments will still need to photocopy different physical resources at the library that can’t be borrowed or found online.

Scott Russell, director of IT services for Western Michigan’s libraries highlights in the same article that even though the use of the photocopying service has declined, the printing services are still used at a high rate: “We’re supposed to be in this paperless society, but we still see very heavy use. The wireless printing available at the library has fed students’ persistent desire to print.” 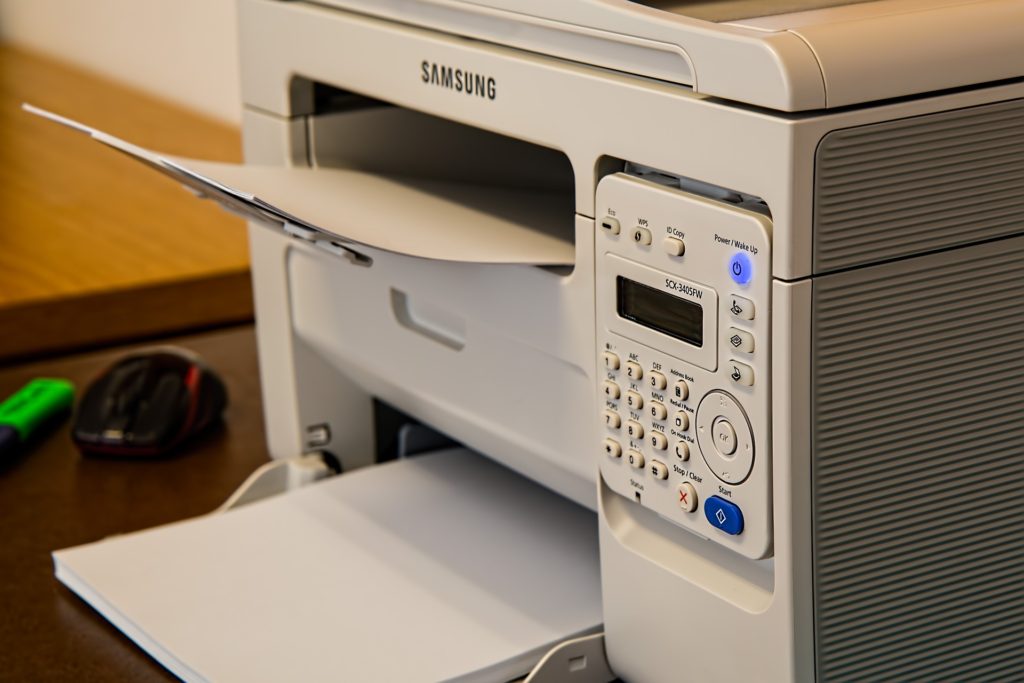 To satisfy all users, many libraries offer all the basic functions such as print, scan or copy. But that alone still hasn’t helped get rid of one question coming from the library users: “can I print from my phone or laptop?”

‘Doing-everything-on-my-device syndrome is a real thing now in #libraries too, as more and more users insist on using their own devices to access the collection or to print. Click To Tweet

‘Doing-everything-on-my-device syndrome is a real thing now in libraries too, as more and more users insist on using their own devices to access the library’s collection or to print. Therefore, cloud printing has become a trend as libraries are progressively adopting this technology because it gives users the ability to utilize their smartphones, tablets and laptops to print.

Thus, easy-to-use self-service printing will soon become commonplace in libraries across the globe, as the user’s needs are shifting. Nowadays, users look for high-tech experiences from a public library and even when it comes to printing, functionalities such as being able to print from phone or laptop with electronic payment or document security seems to be expected by every user.

Wondering how self-service printing improves the user experience and attracts different kinds of people who might not previously have used a library? Read Lapeer District Library’s story on how they created a valuable printing service for the people of Lapeer County. To conclude, creating a better experience and offering a better service for the users is essential for the library to be successful. Since the printing service is still one that generates monetary value for the library and can be used to attract more library visitors, why not pay attention to it by following the latest trends in printing?

Since the #printing service is still one that generates monetary value for the #library and can be used to attract more library visitors, why not pay attention to it by following the latest trends in printing? Click To Tweet 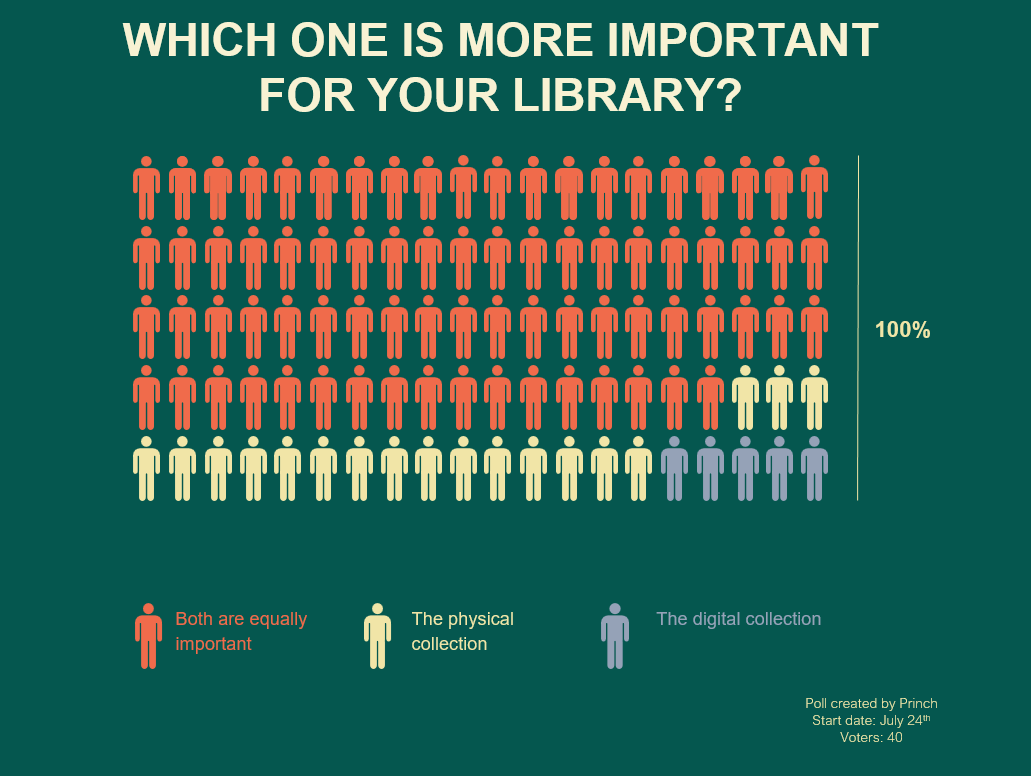 Two weeks ago week we asked you here to pick which one is more important for you: the digital collection or the physical collection.

The poll results revealed that more than two-thirds of the respondents believe that the physical collection and the digital collection are both equally important in the library’s activity. Stay tuned for a new poll next week!

How Writing Contributes To A Librarian’s Career

There are many ways in which librarians can advance advance and develop their careers, like taking different courses or attending conferences. However, one [...]

How Libraries Benefit The Community

A library is a collection of information resources, in print or in other forms that are organized and made accessible for reading [...]