How can a new library connect and inspire communities? – Interview with Marian T. Keyes

To learn more about how libraries can become a vibrant center of learning and creativity at the heart of the community, we have talked with Marian Thérèse Keyes from dlr LexIcon in Ireland who will share some practices from her experience.

1. Can you tell us a bit about yourself and your activity in the library world?

I have been the Librarian and book festival/events programmer of dlr LexIcon, the flagship central library and cultural center in Dún Laoghaire since December 2014 when dlr LexIcon opened to the public. I have always enjoyed working with the public and I am passionate about better opportunities and access for all.

2. We are all aware of the library crisis in the UK but how is the situation in Ireland? What challenges do you face?

Thankfully, the public library service in Ireland is in a much better state than in the UK. Dún Laoghaire-Rathdown County Council Public Library Service has 8 branch libraries and is one of the 4 Dublin local authorities. Thanks to successive, enlightened national policies such as Branching Out-Future Directions 2008-2012 and Opportunities for All: A Strategy for public libraries 2013-2017, there has been significant investment in the Library Service.

At a local level, this has translated into a capital programme that led to the major refurbishment of 4 dlr branch libraries and not forgetting the opening of dlr LexIcon in 2014. Thanks to this kind of investment, opening hours have increased substantially in the past 5 years and demand is growing from users for even more access. The Open Library model is currently being explored and the Virtual Library will be exploited to full potential in the coming years.

Regarding challenges or opportunities for the future, I would list the following; the changing concept of the library model, upskilling of staff and the public to embrace the evolving culture of libraries, technological developments and digitalisation, a recovering economy, employment support and adapting and supporting changing demographics in the area i.e. older people, immigrants, young families etc.

3. From what I have read, the dlr LexIcon was recently opened and has become an important attraction and a community center, offering a mix of library services. How did you come up with this strategy?

An international competition for the new library was held in 2006-2007 and Cork-based Carr Cotter & Naessens was awarded the contract for the LexIcon. Work began in 2012 and we had a soft opening on December 2014 and an official opening the following April. The annual Mountains to Sea dlr Book Festival was held in September 2014 so the public got to see it for the first time. It was somewhat of a challenge as, at that stage, we had no books whatsoever on the shelves!

We know that we have many loyal and regular library users but we are always on the lookout for ways to reach those who might not be familiar with the range and extent of free and accessible services on offer.

dlr Libraries have always offered a wide mix of library services. Our current ambition is to connect and empower people, inspire ideas and support community potential and we have always sought to promote the Council’s core values such as being accountable, customer focused, proactive, excellence driven, cost-conscious and courageous.

Quality of life and cultural expression at a local level are key priorities for us and we see the library as a cultural space, a meeting place for both people and ideas, creating plenty of opportunities to enhance community life.

4. How was the library perceived by the community before and how is it perceived now after a few years of activity at the new location?

Despite many years of careful planning, dlr LexIcon came to fruition during a national recession and during the local government elections. It was to be expected that people would have strong opinions but once the doors opened, there was a sea change in public opinion. Some had championed it from the outset, others had definite views about contemporary architecture but it has been enormously gratifying to see the overwhelming support for the library, backed up by ever-increasing usage and footfall.

From my own perspective, the only negative comments that I have heard about the LexIcon come from people who haven’t come to visit it yet!

Since we opened to the public, we have provided feedback forms and carried out staff and public surveys. This feedback has helped our planning. Responses from visitors include a sense of delight at the space, light, and accommodation within the LexIcon. Along with its wonderful views across Dublin Bay, it has a rich programme of events and activities for all age groups. 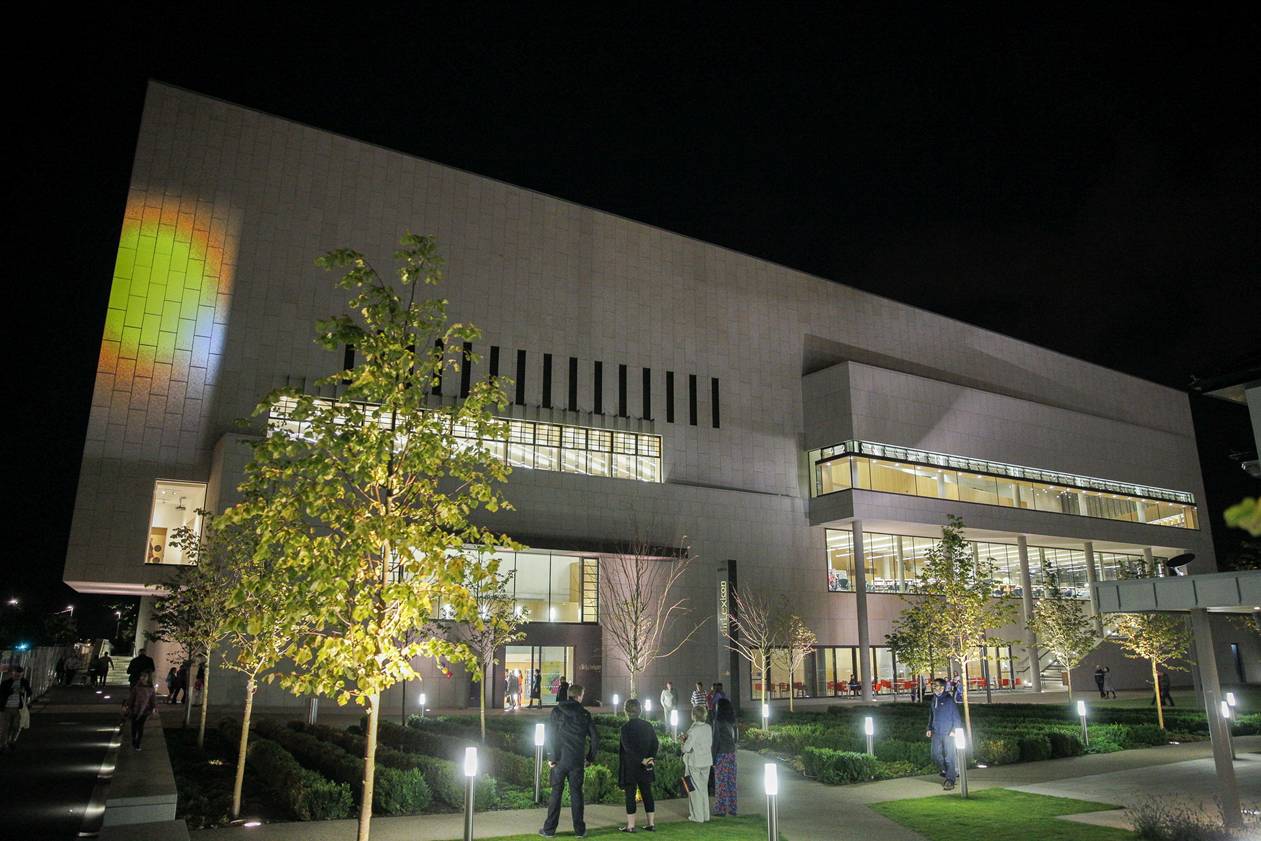 5. Has the number of library visits increased since the library opening? Do you have some numbers to share with us?

Absolutely. The old Carnegie Library in Dún Laoghaire was open 37 hours per week with an average daily footfall of 250-300 visitors. The LexIcon is staffed 57 hours per week and footfall varies from 1,500 per day during the quieter summer months to 1,800-2,000 per day during term time from September-May. In 2016, we decided to open on a Sunday for 4 hours due to the overwhelming demand which is overseen by facilities management rather than library staff.

In effect, it is the combination of a superb award-winning building, increased opening hours, a central role as a community space with an extensive WiFi infrastructure plus well-funded collections that contribute to the success of the LexIcon.

6. Do you have some advice for libraries struggling with their activities?

Be courageous and experiment! Not everything will work as anticipated but surprising things happen along the way. We promote what we do with a quarterly ‘What’s On’ brochure and we send out a fortnightly e-bulletin. The more we do, the more we are on the map and people come to us with ideas as they know we have excellent footfall.

Tap into your staff and their strengths and interests. We couldn’t do what we do without all the teamwork and passion.

We couldn’t do what we do at the #library without all the #teamwork and #passion. Click To Tweet

Bring in writers, musicians, storytellers, digital curators in-house as they bring new life and energetic perspectives. We are always trying out our spaces in different ways and it is amazing how many people will come and look at an exhibition that has been on display for a while if you just move it to a slightly different location.

Every couple of years we launch a callout for creative practitioners which gives us a pool of authors and artists for the next couple of years and then we programme from this shortlist. It gives greater control over what we can do and it allows us to have events that are of the highest quality for the public.

Keep an eye out for traveling exhibitions and the scope for associated events. This year we had the wonderful ‘Silent Books Exhibition’ organized by iBbY (International Board on Books for Young People). It included 100 wordless picture books and during the month it was on display 700 people, including 14 class groups, were involved. 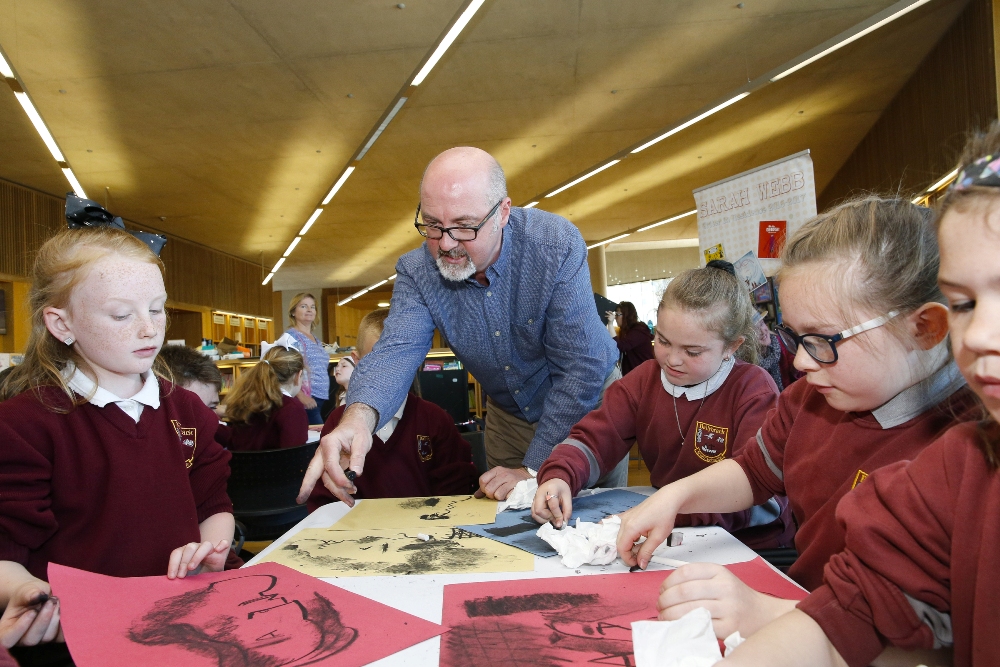 Look out for partnerships; we have incredibly popular Smartphone Classes with Vodafone Ireland (a series of 4 weekly classes) which are free for the public and free for us.

Local history is a major appeal. This year we celebrate the 200th anniversary of Dún Laoghaire Harbour. We worked with the Dún Laoghaire Borough Historical Society to create an exhibition telling the story of the harbour and we started a new website to collect photos of people walking the pier this year for our Local Studies Dept.

As in one of your earlier blogs, one of the vital ingredients for a library is to have a café on site. It doesn’t have to be too big but access to tea/coffee and buns is a major plus!

Hope you have enjoyed our talk with Marian Thérèse Keyes, the events programmer of dlr LexIcon who shared her insights on how libraries connect and inspire communities.

We will be back next week with another interesting article from the library world! Until then, you can find Princh on Facebook and Twitter.

In this week's blog post, guest writer and co-host of the The Library Pros podcast, Chris DeCristofaro shares his story; how the [...]

I have always been interested in hearing different people’s life stories. When I was a kid, I would go and talk to [...]