How to get more users to the library? – Interview with Peterborough Libraries from the UK

On our quest to find out more about the open library concept and how it is perceived outside Scandinavia, we’ve interviewed Peterborough Libraries from the UK. Lisa Roberts, Head of Culture and Leisure at Peterborough City Council shares insights on how the concept was first implemented in the UK and how it managed to get more users to libraries.

How to get more users to libraries? 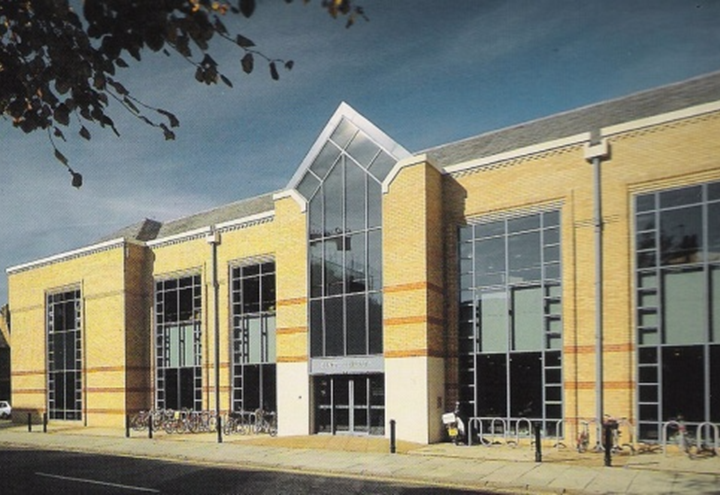 1. What were the reasons to implement this new concept and add more open hours to the library?

In response to financial challenges, the need to save money while at the same time improve services to the public, the council rolled out the UK’s first open model of libraries. In essence, this reduced the cost of the library service by over 20% and provided a 50 % increase in availability of the service.

2. Can you tell us more about the project and how it was implemented?

Peterborough is one of the fastest growing cities in the UK. The library network comprises 10 libraries and a mobile service across the city and rural areas. Peterborough’s residents truly value their local libraries: aside from borrowing items, they also use them as a community meeting place, for learning, education, computer and internet access, and to participate in group activities.  To date, Open+ is operational in all of the city’s library sites.

Following significant expenditure cuts, a review of the library service began in 2014, which led to a public consultation to understand how residents use or would like to use libraries. The way in which patrons use the library is changing; 90% of book loans are now completed through self-service kiosks, and staff now focus their time supporting people with more specific enquiries. The public consultation revealed that the most valued aspects of libraries are the ability to borrow books, access to information and location. In addition, when asked ‘What would make you use your library more?” 75% of respondents stated that access outside of normal opening hours was important.

Libraries affect every member of the community.  Models were developed from the consultation with the view of a changing service with different customer needs and requirements. After considering more extreme alternatives, such as closing half of the libraries, which would have resulted in leaving local library users at a disadvantage, it was discounted in favour of Open Library concept. This option allowed all branches to remain open through a combination of staffed and extended self-service hours, including new Saturday opening hours, whilst still operating within budget constraints, the model also responded to the public consultation, by giving the public everything they asked for.

3. What are the benefits of this solution?

With Open+, libraries can decide the days and hours they open for their communities to supplement access outside of the times when staff and volunteers are present. The technology is really easy to use, it’s an extension of the libraries current RFID system, and it links with the doors, alarms, lights automating the building via verification through the library management system. With so many of our patrons already accustomed to using self-service, accessing the library by simply scanning their library card and entering their usual pin number at the external access control panel was easy enough for them to adapt to straight away.

4. Were there any drawbacks? How did people react to this new change?

Naturally, such an innovative way of managing libraries did not come without reservations. Stakeholders’ main concern was the issue of safety and the ‘what if?’ worst case scenarios that inevitably come to mind when contemplating public access in an unsupervised building. However, the reassurance of comprehensive risk assessments and the peace of mind that the technology is robust.  The Council’s Health and Safety Team approved Open+, and library users were given an induction that covered information about the emergency procedures when using the facilities independently.

The only slight problem we have encountered is accidental tailgating in our Central Library. Central Library is very popular and there are often queues waiting to get in. With Open+ members having earlier access, patrons who had not yet opted in assumed that the library was open and wanted to follow them in. We noticed this during the early stages, and used it as an opportunity to encourage more members to sign up, informing them that they no longer had to queue and that their library was open to use during the unmanned hours.

5. What impact had the implementation of this concept on the library’s activity?

The new technology solution gives library users everything they asked for within the consultation. The solution has allowed the council to make the required saving of £305,000 a year, keep all of the Cities libraries open, future-proof our service for the next 5-10 years, and extend opening hours by almost 50% across all sites, extending hours from 261 to 386 per week.

Another advantage is that staff members can be better utilised and distributed throughout the library network to undertake more customer-focused duties across fluctuated staffed opening hours. The savings have been produced by reducing the staffing complement deployed in each of the libraries.  Through the deployment of Open+, the council has saved £275,000 on annual staff costs and £30,000 from the book fund, equating to a full year saving of £305,000. The system cost £170,000 from the councils invest to save fund.

6. Can everyone use the library’s services during the unmanned hours?

The council took the decision to not allow access to children under 16 if unaccompanied by an adult during unstaffed hours. Peterborough’s Police Officers and Police Community Support Officers have also taken to Open+ will all officers being issued with library cards. As with community groups, the Police and community officers are being encouraged to utilise libraries as an alternative workspace, which serve as a convenient base in between appointments. The invitation has been extended to other organisations, with more people using the functionalities, the safer it feels with people popping in and out throughout the day.

7. How was the change perceived by the users?

Since the initial implementation, over 15,000 members have opted in from an active membership of 32,000, with a peak usage of 250 Open+ users in one day, Customers have found the system really easy to use and are grateful that the Council has managed to keep all of the libraries open and for longer, when libraries across the country are closing. The libraries are more alive now than they ever were before, with groups independently using the space. Groups and individuals are not restricted and they appreciate the choice that the new system offers. The library service now looks forward to widening community use to create multi-user sites.

Are you looking for more library insights and new ways to get more users to libraries? Subscribe to our blog and receive relevant news sent directly to you. Find us on social media via Facebook or Twitter and read the latest developments in libraries from around the world.

How Writers Can Use Library Spaces

Libraries are a useful resource to all members of their communities. However, their endless source of knowledge, and the opportunities they offer [...]

How To Make The Library An Attractive Resource For Millennials

Ranging from their late 20s to early 40s, millennials most likely make up a big part of your current community. Thus, it [...]