Modern libraries, the containers, are often celebrated for their innovative looks, creative design, or eye-catching colors. It’s less often that they are celebrated for what truly matters – their contents. Recurring guest writer, Edgardo Civallero, discussing this discrepancy. 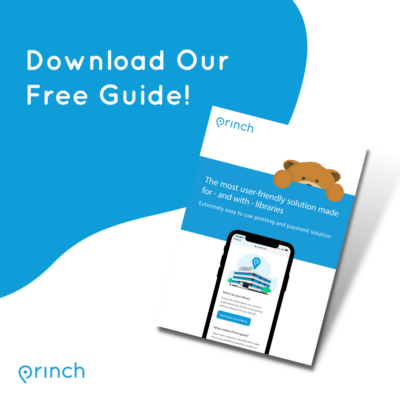 Are you curious what Princh can offer for your library and your patrons? Then check out the Ultimate Guide To Princh For Libraries, to learn about all the benefits our solution offers! You can download our guide here.

Many are the places that make up the basic network of libraries that covers the extensive and rugged geography of Abya Yala – Latin America’s indigenous name. They are libraries (call them public, popular, rural, indigenous, school…) that provide services in large cities, rural areas, urban neighborhoods, and small towns alike, but also in isolated regions, conflictive regions, or areas with difficult access, often forgotten by governments, and neglected by the same organizations that manage international funds aimed at helping them.

The containers where these activities are carried out, that is, the buildings in which the aforementioned libraries carry out their functions, do not usually arouse great interest. However, there are times when such containers are so colorful, so striking, so mediatic, that they take on the leading role that their contents should have, stealing the public attention (and, often, academic and professional as well) and robbing visibility of what happens or does not happen inside. Probably a paradigmatic case is the comunitecas built in the municipality of Tecpán (department of Chimaltenango), in the highlands of southern Guatemala.

The comunitecas are part of project PAVA – a Spanish acronym standing for Altiplano Neighbors Support Program. They are three small libraries that, in addition to housing their respective collections of documents (books, magazines, etc.), offer communities a meeting place in which to develop certain cultural and training activities: from plays to courses, or even talks – about motherhood, or health. They also support education, working closely with rural teachers in the area. Settled in areas with a majority of indigenous population belonging to the Kaqchikel people (a Mayan group), they are managed by young locals from different communities, who have been trained so that library services and educational and cultural projects are sustainable over time and respond to the specific needs of users, taking into account their own perspectives.

The activities held today in the comunitecas were previously developed in spaces provided by other institutions, generally schools. In 2013, the Guatemalan architect Axel Paredes, from Paredes+Alemán, donated to PAVA the plans to build a library in the community of Paxixil. Although the construction is small, the structure is very ingenious and its appearance is certainly attractive: the facade is composed of mobile panels made of thick, brightly colored reeds, in an attempt to imitate the traditional patterns of indigenous textiles. The library provides access to 3,000 volumes and a series of training programs for about 200 people.

Paredes+Alemán also provided the design (equally striking, in visual terms) of the second PAVA’s comuniteca, located in the community of La Loma, where about 70 inhabitants reside. The third comuniteca is located in the hamlet of Panimachavac, in the village of Chajalajyá, and until August 2016 it operated in a space provided by the local school. At present, it has moved to its new facilities, a building that in this case does not have major architectural pretensions, and from which it wants to provide better (in) training services to a community of 250 people.

In recent years, the community of Paxixil has become very famous: it is quoted in specialized architecture magazines, such as Domus, and was the winner of the Guatemala Architecture Biennial in 2016. However, the media projection and recognition achieved by the building contrast with the scant attention paid to the work that takes place inside it, sometimes in difficult or inappropriate conditions.

Not the only special container

Paxixil’s was not the only rural library to win an Architecture Biennial. The public library “La Casa del Pueblo”, located in the village of Guanacas (municipality of Inzá, department of Cauca), in Colombia, did the same in its country in 2004. Designed by two architecture students from the Javeriana University of Bogotá (María Cristina Perea and Simón Samper) at the request of Inzá officials, the library was financed with money from the Japanese Embassy and built by the residents themselves over the course of a year. It is built with stone, concrete, a complex internal structure made of thick guadua reed from Quindío, and a thatched roof made of grass from Pisimbalá. Despite the fact that it is far from reflecting the traditional architecture of the area ―as on certain occasions it has been wanted to believe―, the design makes good use of the available spaces and materials.

This library provides all kinds of traditional services ―reading, loan, school support― to the communities in the area, among which are some belonging to the Paez indigenous people. But its activities are often overshadowed by the history of its community construction and, above all, by its suggestive appearance.

Libraries with architecturally innovative or interesting buildings receive countless accolades and wide coverage. However, celebrating the container does not usually revert, in general, to the improvement (or simple maintenance) of the contents, nor does it make its problems and needs visible.

It is wonderful to know that a handful of communities ―regardless of whether they are urban or rural― can enjoy a beautiful library, and that some of them, in addition to attractive designs, present sustainable structures, adjusted to the possibilities and necessities of their users. But it must not be forgotten that there are still too many communities that do not have a library, too many libraries that barely have the minimum to carry out their function, and too many librarians working in precarious conditions.

The reality of Abya Yala’s / Latin America’s libraries is far from being desirable. And it will stay that way until the importance of library programs and services, and the people who drive and sustain them, are understood. Until then, eyes and cameras will remain focused, almost ecstatic, on the glow of a few containers. The more colorful and mediatic they are, the better.